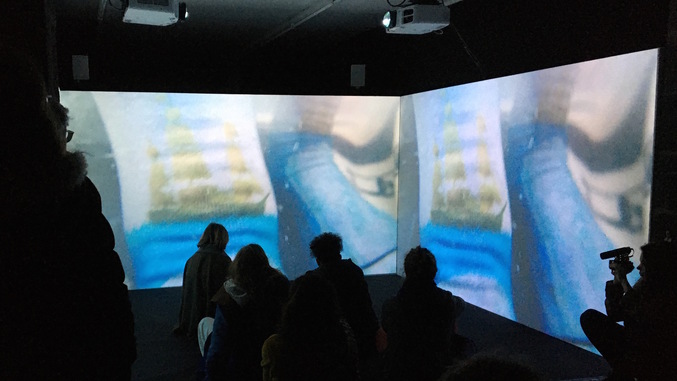 An installation piece about sea level rise has been brewing inside of me for a long time. The rising levels are upon us and ever growing. "The Water Will Come" by Jeff Goodell, makes it very clear. Goodell goes into detail about what this actually means, how it will affect numerous aspects of life on earth. Some locations have dire conditions for habitation. Norfolk, Virginia, where our largest military naval base is located, will be under water between 20 and 50 years, probably closer to 20. It already floods with high tides and rainstorms. Lagos, Nigeria is less than one meter above sea level. Millions of people live in shacks and cheap concrete structures in old Lagos. This area floods with every high tide while the wealthy live in high rises on the newly constructed Eko Atlantic site. Goodell writes “Eko Atlantic says to the world 'No, we are not all in this together.'”1 Tony de Brun, the Foreign Minister of the Marshall Islands, contributed considerably to the Paris climate negotiations because as he states “My country is facing extinction.”2 On the other end of the spectrum is Jorge Pérez, a prominent Miami real estate developer. When asked about increased flooding in 20-30 years his reply was “I’ll be dead, so what does it matter?”3

That said, I decided to abstract the idea of water. How it distorts, how it moves, how it is uncontrollable. Combined with being inundated with such force. Feet are the first hit by rising water. This led to filming my feet underwater in my studio, creating different scenarios with each shoot. Including one foot wrapped in stretch plastic, wearing fish scale socks on tiptoe, wood grain socks with floating gold tree trunk and a shag rug with Roman nylon stockings. I also did extensive research on the sounds of species from the IUCN (International Union for Conservation of Nature) critically endangered and endangered red list. This unaltered audio flows throughout the piece. I consciously did not include any text or audible audio. I often create rules during production, this one being no language. No words can explain what we are in for.

Special Thanks to Lisa Jaye Young for her catalog essay
“Distortion: Notes on u_n_d_e_r_w_a_t_e_r”
Link in Links 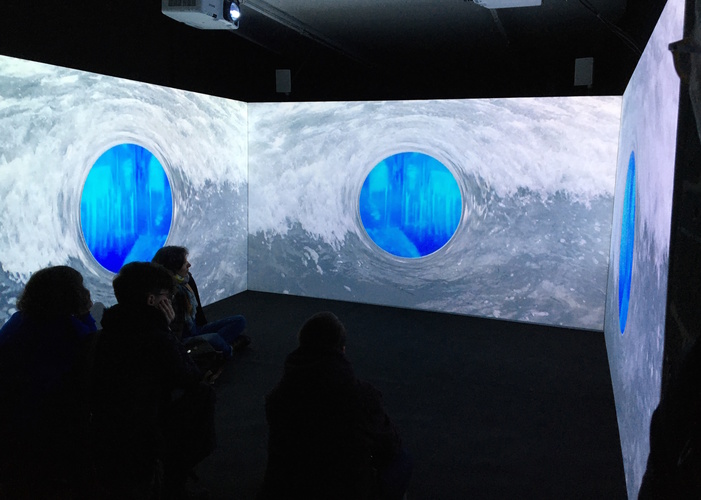 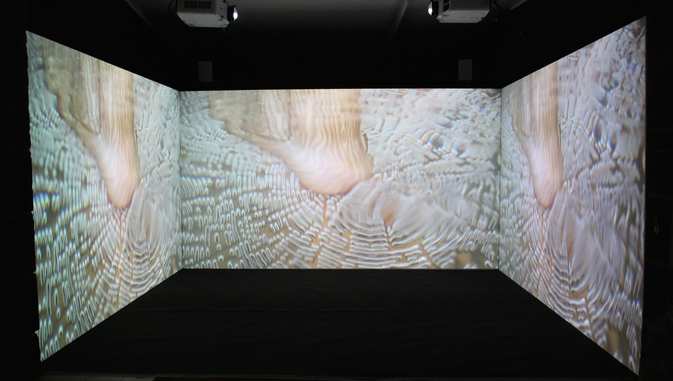 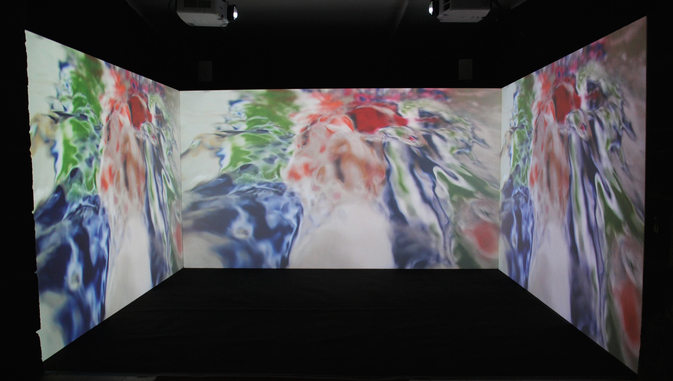 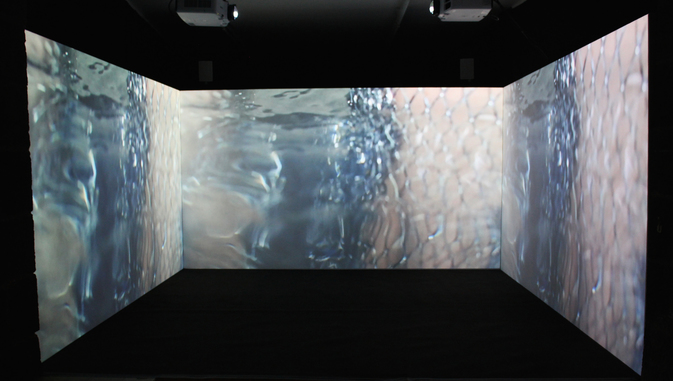 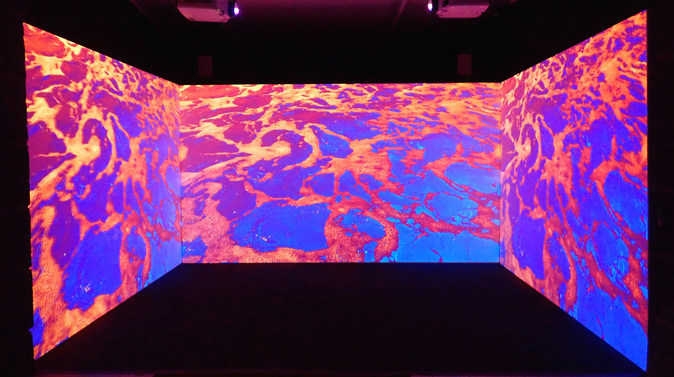